The architecture of ancient Egypt is characterized by its monumentality. Among the most important buildings, are the pyramids and temples. In this article, we talk about the generalities of this building model and the main ancient Egyptian architecture works of the Egyptians.

The material most used by the Egyptians is stone because thanks to it the most important buildings were imperishable. In the beginning, they also used other components such as wood or adobe, but from the Old Kingdom, they were relegated to the less important constructions.

The architecture was architrave or lintelled. This means that, although they knew them, they did not use the arch and the vault. They made straight figures that rested on pillars or columns. Otherwise, they could not achieve the monumentality they wanted. The walls were thick, which increased the colossal of the buildings.

The most used support was the column. Although they designed different types, the most used was the protodoric column. The characteristics of this type are the following:

The first known architect of the story was Imhotep, who was born in Egypt in 2,690 BC. He was also a high priest of Heliopolis, scientist, and doctor. He designed the Step Pyramid of Zoser, the first one of which we have proof. It is one of the best ancient Egyptian architecture.

Religion was a fundamental part of ancient Egyptian society. For this reason, there were numerous large religious constructions that were developed over the years. 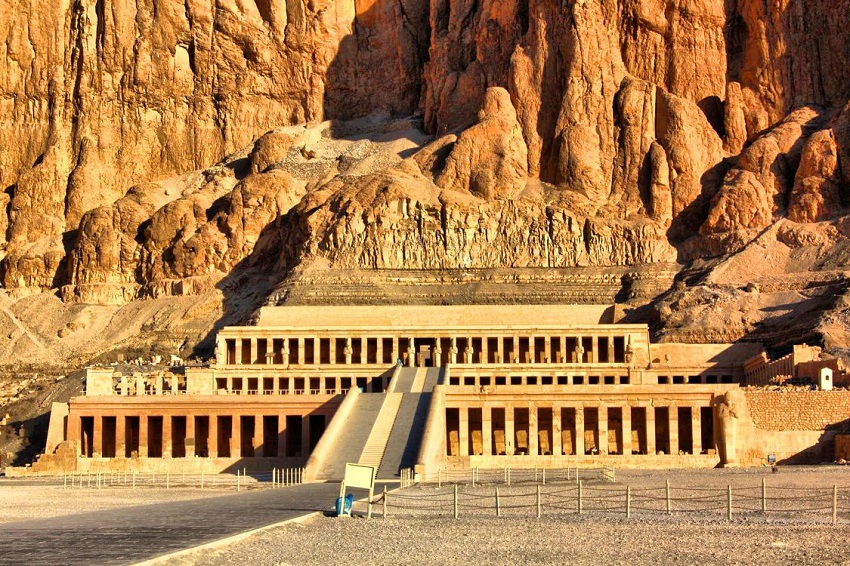 The temple was the building used to honor the gods. Most had a similar distribution, which was divided into the following parts:

Among the most important temples, we find Karnak, considered the largest complex in Egypt. It also highlights the Temple of Luxor, in the ancient Thebes, thanks to its optimal state of preservation.

On the other hand, there was another type of temple, the funeral, whose function was to commemorate a person already deceased. A model is the Ramesseum, ordered to be built by Ramses II.

You may like this- Thai tattoos and their meaning 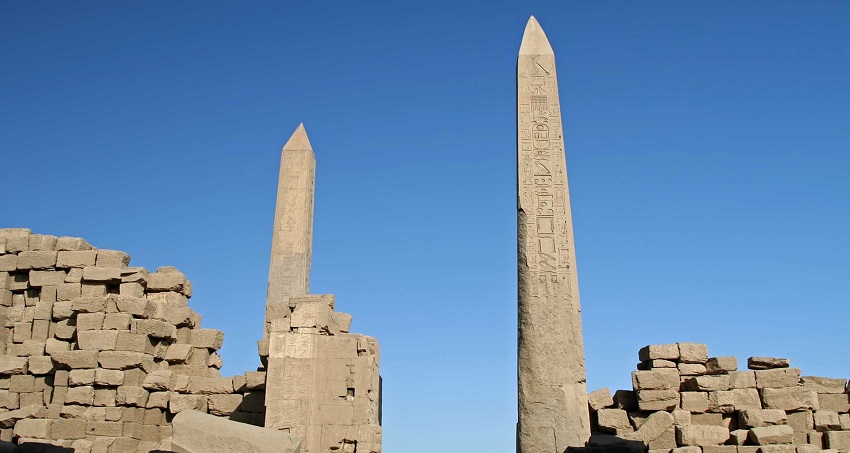 The obelisk was another of the most outstanding religious representations. It consisted of an elongated quadrangular column that was raised on a larger base.

In it, hieroglyphic inscriptions were carved indicating the pharaoh who had commissioned it and the god to whom it was dedicated. If you are interested in hieroglyphic writing, you can go there to see.

The tip was shaped like a small pyramid and was known as pyramidion. This used to be covered with gold, bronze or some alloy of metals. The tallest obelisks measured 28 meters.

Since the appearance of the Roman Empire, most of the obelisks built by the Egyptians were transported to the great cities of other cultures. At present, only six are conserved in Egypt.

The Egyptians believed in eternal life after death. To guarantee it, they designed great constructions that continue to amaze today. 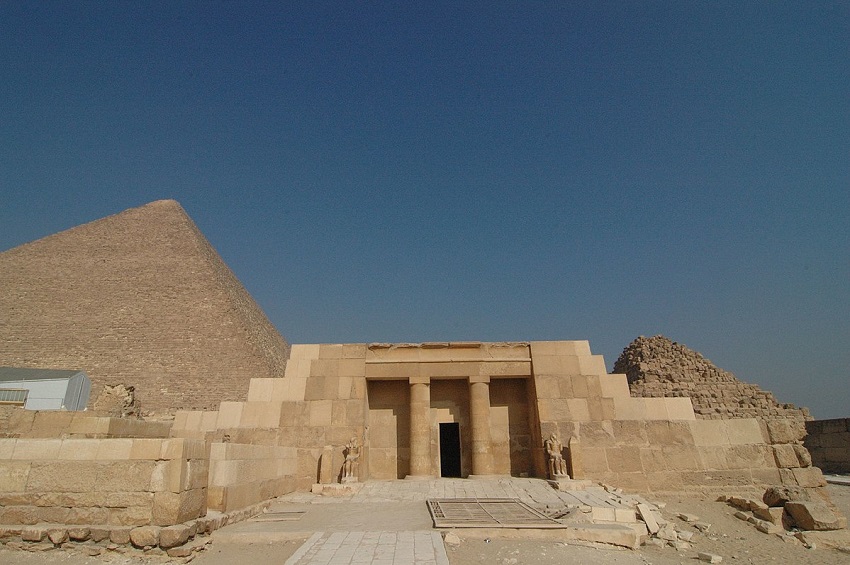 The mastaba was the first tomb model for pharaohs and prominent people who made the Egyptians during the Archaic Period and the Ancient Empire. It was rectangular and had an underground chamber in which they left the body through a well. This is one of the best ancient Egyptian architecture.

It also had a chapel for people to make offerings. Another room was the serdab, where a statue of the deceased was placed in which it was thought that the ka remained, a part of the human spirit.

One of the most famous examples is the Mastaba de Idu, in Giza. Idu was an important official of the VI dynasty. One of the peculiarities of this building is that it has a false door. 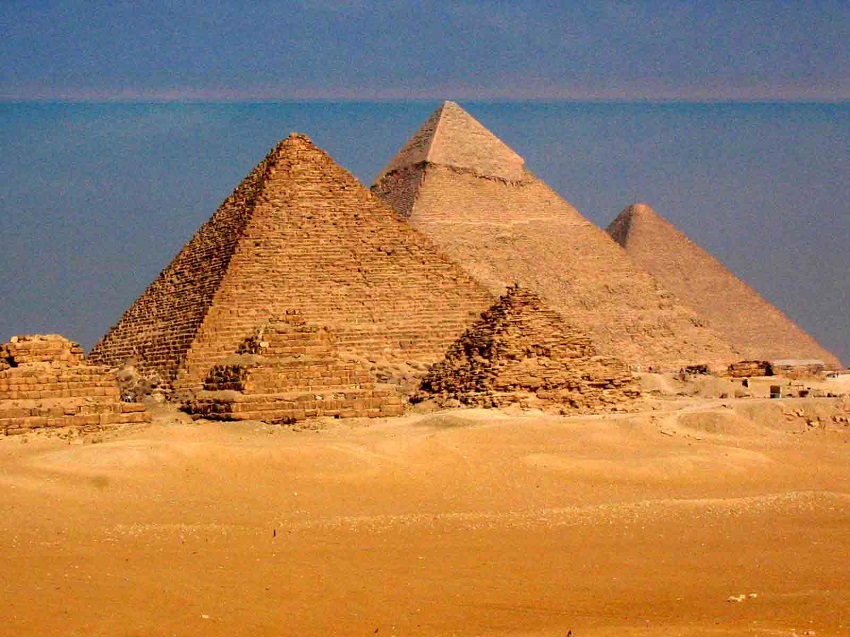 The pyramids are the most recognized funerary monument of this civilization. They began to be elaborated in Dynasty III as an exclusive funeral construction of the pharaohs. The first was the Pyramid of Zoser, from 2,700 BC.

This model is stepped since it is formed by an overlay of mastabas. The following were built with a double slope, as is the case of Pharaoh Seneferu. Later, the smooth pyramids were designed. It is one of the best ancient Egyptian architecture.

Inside there were corridors and chambers that were closed after the pharaoh’s funeral. In this way, they protected their bodies and their riches so that they could be maintained for all eternity.

The most outstanding pyramids are those of Giza, three models that belong to the pharaohs Keops, Kefrén, and Micerinos. The one of Keops has a height of 145 meters and in its interior, it counts on the main gallery of 37 meters, in which there are two conduits so that the soul of the pharaoh could leave. 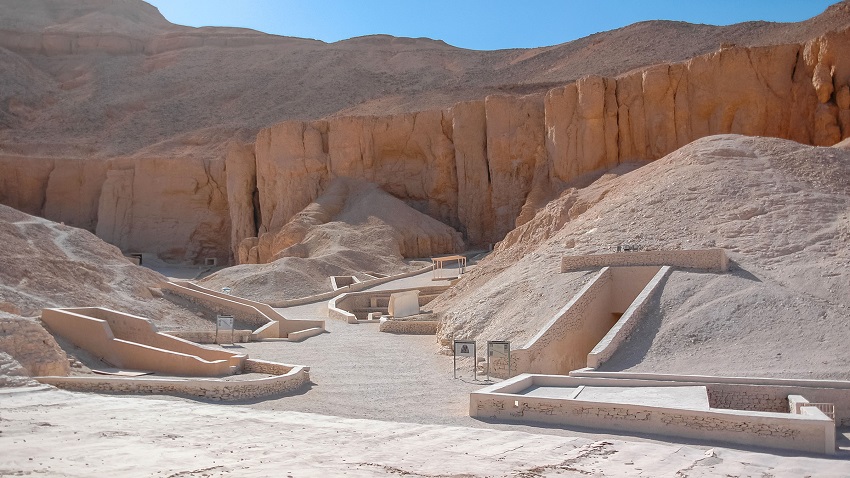 After the time of the pyramids, came the hypogea. These were tombs carved into the rock that reached their splendor in the New Kingdom. It is one of the best ancient Egyptian architecture.

This change was due to the continuous looting suffered by the pyramids. In this way, they tried to hide as much as possible the tombs of the pharaohs and the riches that were in them.

The most important hypogeum is that of the Valley of the Kings, in Luxor, the ancient Thebes. In this location, we found a total of 28 pharaohs buried over 420 years.

A similar type of tomb was the specs, which was a combination of temple and hypogeum. On the other hand, the hemispheres had a decorated facade and a part excavated in the rock, as is the case of the Temple of Ramses II, in Abu Simbel.

Civil architecture is the least to transcended of Egyptian history since there are few preserved examples that we can find today. 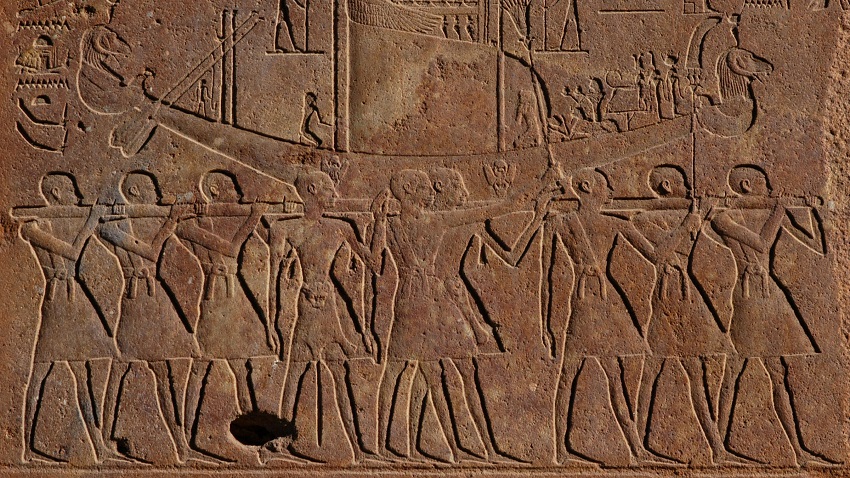 Domestic construction, unlike religious monuments, was a type of perishable building, since materials such as adobe and brick were used. As a result, there are no remains at present and the information that is available comes from the reliefs of other buildings.

The houses had a quadrangular structure and only had one entrance. Normally, they had a maximum of three rooms, although the higher classes had larger homes that included an exclusive part for the service.

Some of these had an interior patio from which they took advantage of the light. The villas of the nobles were located outside the cities. Also, around the pyramids, cities of workers were formed.

The royal palace was the residence of Pharaoh and his family. It was located on the outskirts of the city and, sometimes, to communicate with it had an avenue. They were built with more resistant materials.

Among the different rooms, was the reception room. An element of some palaces that attracted attention was the window of the apparitions, from which the Pharaoh loomed so that the subjects could see it.

This official house used to have large gardens where you could even find animals. One of the most prominent palaces is the North Palace, in Amarna, where it is thought that Queen Nefertiti lived. 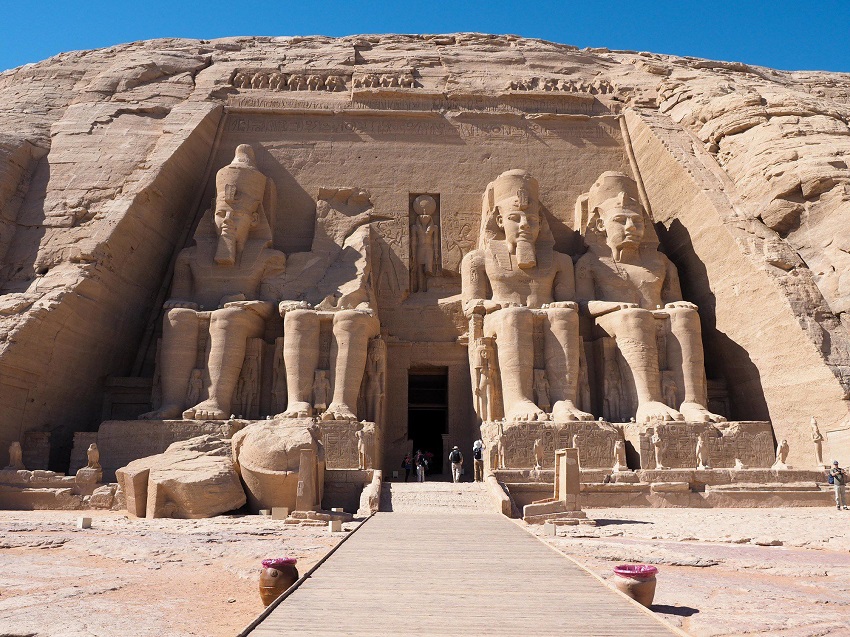 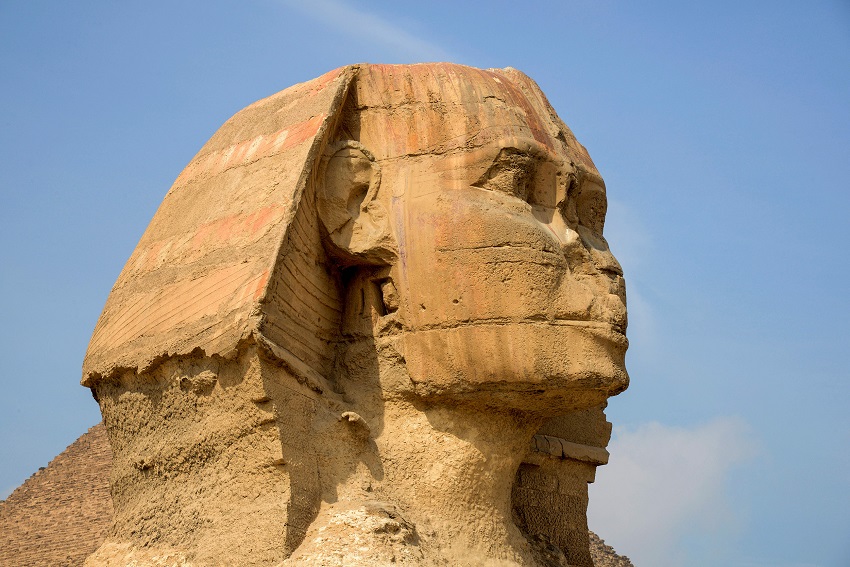 The works of art that accompanied the great buildings did not go unnoticed, because they were also characterized by their monumentalism. The sculpture that is most repeated in this culture is that of the pharaoh with his arms attached to the body, although there were also gods and animals. This is one of the best ancient Egyptian architecture.

Also, the most striking figure is that of the Sphinx: a creature that has a lion’s body and a human head, although there are also models with the head of another animal, such as the sphinxes of Karnak.

Among those that are conserved, the Sphinx of Giza stands out. This reaches a length of 73 meters and a height of 20 m. The face is that of Pharaoh Khafre and it is thought that it was painted. The purpose of these creations was the protection of temples and tombs.

As for the painting, frescoes were made on the walls of the buildings. The theme was varied and we find religious representations, of everyday life, etc. Pharaohs and important people were represented larger than the rest.

You may like this- Great Ideas for Egyptian Tattoos

You can see that there is a slight difference in terms of efficacy for the two doses. cialis price The patient is hence free to choose either Cialis Daily or the more occasional classic Cialis.

How long do spiders live?