The young Carmen Sandiego returns in the second season of the homonymous series with a new awareness and with a decidedly increased appearance compared to the previous episodes. Since the opening of the new round of episodes. Carmen and her team of trusted young companions are taken by new mysteries to be solved. But on their trail, there are the VILE agents who contribute to considerably complicate the conduct of the investigations that make the travelers travel. our heroes across the world.

As already in the second part of the first season of  Carmen Sandiego. The levels of investigations multiply, complicating the narrative intertwining thanks to the existence of multiple organizations. Each blaming the other for its own misfortunes.

Carmen Sandiego returns to carry out thefts in the name of a higher collective good, a sort of global Robin Hood, capable of seeing the world and its critical issues from a universal point of view. Because this is one of the most surprising characteristics of the protagonist character and that clearly differentiates her from her fellow adventurers who always remain very attached to the hic et Nunc, as are the agents who are on Carmen’s heels, unable to see beyond appearances and stubborn to pursue the set goal despite the facts tell another story.

Carmen “the red” becomes an entity capable of seeing beyond particular contingencies, to arrive at a capillary resolution of the problems identified at a global level. In reality, what seems to be the young thief’s superpowers are actually the result of an iron and flawless collaboration with her helpers. This season, moreover, the emotional data is deeper, finding more spaces for exploration and new reflections that reveal something more about the characters and their past, both as individuals and as a group. 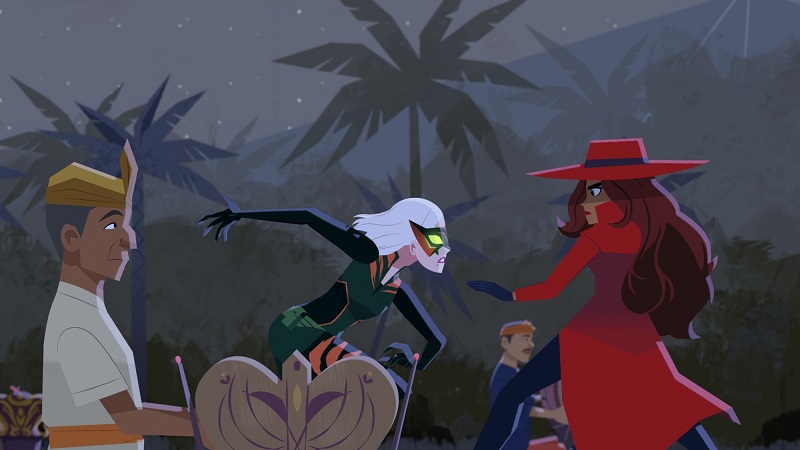 The second season of  Carmen Sandiego also proves to be inclined to provide new interpretations, dedicating relatively long moments to the discovery of topical cultural elements. Thus, while traveling from Europe to Brazil than to Japan (but also Florence and Italy) you discover small cultural details that provide the feeling of having known something more: a typical dish, a new word, a traditional craft by now. disappeared. These data are certainly elementary for their basic notions and for the simplicity of enunciation, but they contribute to enriching the story with cosmopolitan elements, making the Netflix animation an example of international inspiration applied to a product for children.

You may also like to read, markiplier net worth. To know more visit our Blog https://trendsmagazine.net/.

However, the fascination that Carmen Sandiego exerts even on the older ones remains undeniable, that is, on that generation that grew up with the adult Carmen around the world to carry out attacks for good. This audience segment remains very central to the intent of the production, which, despite the sidereal distance in terms of aesthetics and animation compared to the original series, never misses an opportunity to mix transversal cultural elements.

Suspicious Minds, More Than a Feeling by Boston, and many other famous songs alternate with the very short jingles that make up an otherwise decidedly sober and minimalist soundtrack. This musical construction gives even more prominence to the milestones of the music that occasionally peek out, combined with a chromatic choice that, needless to say, opts for red as the dominant color and leitmotif of the whole narrative. The colors also become uniform symbols of the different teams (red for Carmen and companions. Blue and black for her antagonists) that stand out against the background of the natural colors of the various sets.

This article contains incorrect information. generic cialis Please tell us what was missing.