The dilated pupils, the dark hole located at the center of the iris, are caused by two temporary physiological states (or mechanisms), miosis and mydriasis, which have the function of regulating the amount of light falling on the retina and increasing or decreasing the shallow depth of field.

When the light is intense, the pupil narrows (in this case we talk about miosis); when, instead, we are in the presence of more tenuous and lower lights, the pupil dilates (mydriasis). Given that the diameter of the pupil is normally about three and a half millimeters, it can expand and shrink, oscillating between two and five millimeters, depending on the situation. The pupil diameter is not necessarily the same in the two eyes. If it is, let’s talk about isocoria, otherwise, anisocoria. 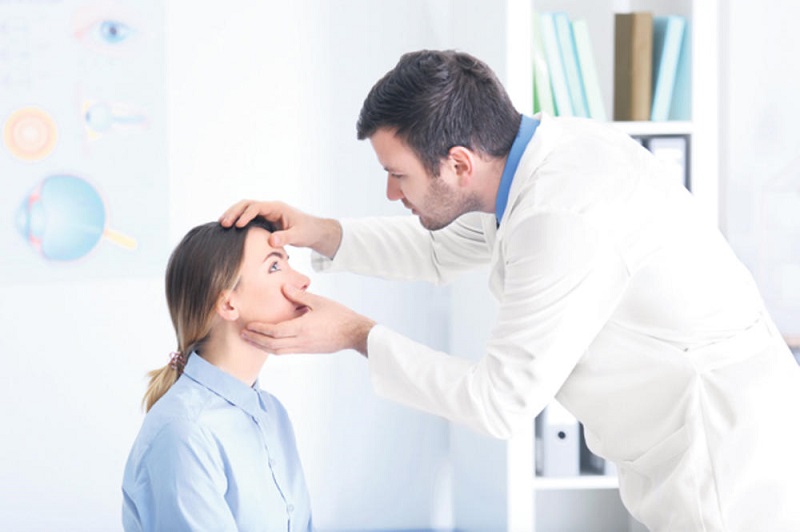 -The causes of mydriasis, or dilated pupils, can be very different.

-A change in brightness primarily affects the size of our pupils.

-There is a strong connection between the dilated pupils with the emotional state. An intense emotion, like a strong fear, anxiety or anger, intervenes on the so-called orthosympathetic system, whereby the muscle of the iris relaxes and the pupil dilates.

-In addition to physiological mechanisms, we can see pupil dilation following the use of drugs (such as cocaine, amphetamines, cannabinoids, mescaline, and LSD) and alcohol intake.

-The mydriasis can also be linked to pathological or traumatic conditions of the subject. In particular, the pupils remain dilated in the comatose states, in the event of paralysis of the ocular nerve, stroke, aneurysm, and asphyxia.

-In the presence of Adie’s tonic pupil syndrome, an abnormality of the pupil that does not respond quickly to changes in brightness, it remains dilated even in the presence of bright lights.

When dilated pupils become a problem

The dilated pupils represent a problem when these remain for long periods. In this case, the mechanism goes beyond the physiological to enter the pathological. Even the sight suffers from symptoms such as blurred vision and glare.

There are different types of mydriasis:

– “unilateral” or “bilateral”, if it affects one or both eyes;

– “reagent”, if despite the expansion, the pupil reacts to light;

– “fixed”, if there are no reactions of any kind. The latter tend to be typical of irreversible cranial traumas.

The dilated pupils do not represent a real problem if you appear as a reaction to a physiological stimulus and emotional. On the contrary, it becomes important to understand the cause when mydriasis remains over time, becoming a pathological state.

In this case, it is advisable to consult a specialist immediately for a thorough medical diagnosis.