The future of telecommunications is upon us and it has come in the shape of the VoIP phone. Once upon a time your use of telecommunications was a pretty simple choice. You bought a phone from British Telecom and then just waited weeks for it to be installed into your home by an engineer. There was little choice and as it rang on an analogue system you were reliant on wires transmitting the signal underground or through telegraph poles. This was an easy system to interrupt and it wasn’t that far removed from the one laid down by Alexander Graham Bell.

Once that technology was in place it was just a simple matter of laying miles and miles of cable across the Atlantic Ocean and beyond. As with any analogue or non-digital system there were lots of situations that could break up that signal. The poles could fall over, although they were cemented in, a gale force wind could send them toppling, severing the line. Alternatively some other kind of accident like a tree being felled across the line or the possibility of lightning strikes meant that the public or businesses would be faced with weeks of inconvenience as the aforementioned British telecom engineer had to get out in his van and find the fault and fix it. This took a lot of time. 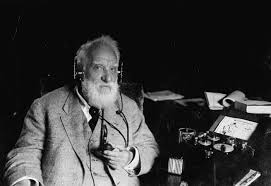 The other factor was a box with a bedazzling conundrum of wires that only a select few engineers could fathom with the help of a very big guide. One wrong wire in the wrong hole and that was you cut off. That meant another contact to the British Telecom engineer to send them back out to the exchange. The other thing that the old analogue system could not deal with was atmospherics, heatwaves etc and also the quality of the copper that was used to keep the line in check. If that corroded, then the signal became week and you could barely hear the other person.

Originally this was run as an extension of the post office and they would employ armies of women to connect people via the exchange system. Again, if the lady plugged the wrong connector in the wrong hole you ended up talking to someone completely different to the person you wanted to. Exactly how these women kept track of what was where is a mystery. They were highly prized for their speed and deftness of touch plus their precision. It was a role that was for once done exclusively by women and brought about the realisation of the importance of the skills women brought to the workplace and how these differed to those skills that men possessed.

As the years moved on the technology for the phone began to improve dramatically as new ways of working also took a hold. Personal phones in the home began to become cheaper and business also learned the advantage of reaching a whole new market. This was especially lucrative as the only people to own phones were the upper classes and they had plenty of money to spend!

This brand of telephone marketing would grow as the phone became more affordable, so it was not only the social benefits of keeping in touch with friends and family on long distances there was also the chance to buy and sell goods and services that previously were not available. This also saw the rise of the phone directory basically a massive book full of everyone’s address and phone number, hard to believe now and the famous Yellow pages the internet of contractors, businesses and public offices in paper form. No wonder there were world records based on ripping them apart. 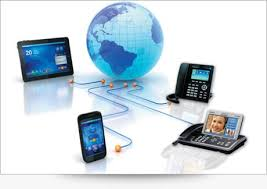 There was still the problem of the poor reception as the signal was based on the old analogue system. One of the most amusing and potential difficult errors that the system brought up was the crossed line where someone else conversation suddenly butted into yours. Rather than use the direct landline system radio waves were also used but again these were easily disturbed by atmospheric conditions so that at times the system was unusable. We had to wait a good few years for the onset of digital to make life a bit easier.

The best new feature of the digital age is the use of the VoIP phone. All that analogue waves and copper wiring are redundant as you can use this voice over the internet protocol system to communicate without the worry of all the things we’ve mentioned above. You will need to find a VoIP provider that is given the technology by an International voip wholesale provider like https://www.idtexpress.com/ but once you do all you then have to have is an internet connection. No is no more need for British telecom engineers fiddling about with wires. A truly modern improvement.

2 months ago B Rony