Halloween arrives and the dead are lurking. So that fans of the stars do not have to choose between their passion for space and the cinematic terror typical of these dark days, we have prepared a list of twelve films that, in addition to taking them out of orbit, will leave the most apprehensive without sleep. Alien creatures lost ships and hostile planets come together in our list of horror movies in space. Start the engines … and don’t go looking at what that sound is in the cargo hold! 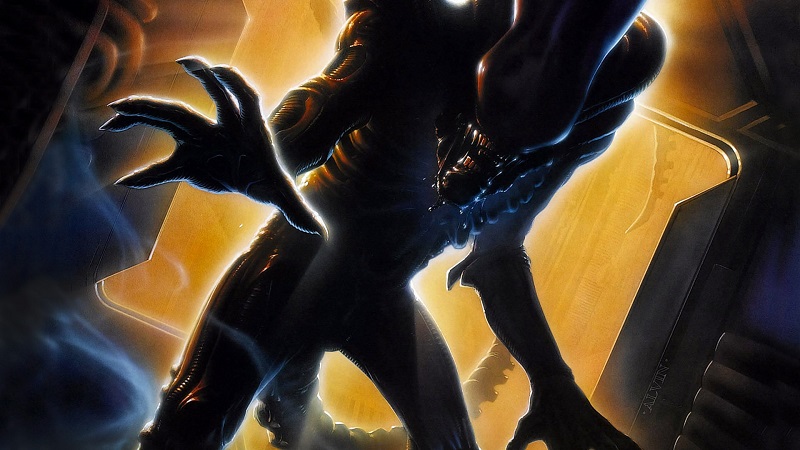 Mythical, intense, and brilliant. It does not lack detail and has been emulated a thousand times. In addition to having unforgettably chilling scenes that were pioneers in space horror cinema. Like that alien coming out of the chest of one of the Nostromo crew. So is this masterpiece by Ridley Scott with which we open our list of horror movies in space. It’s for you, Lieutenant Ripley!

Synopsis: Back on Earth, the Nostromo cargo ship interrupts its journey and awakens its seven crew members. The central computer, the MOTHER, has detected the mysterious transmission of an unknown life form, coming from a nearby apparently uninhabited planet. The ship then heads to the strange planet to investigate the origin of the communication. (FILMAFFINITY)

You may also like to read, knights of sidonia season 3. To know more visit our Blog https://linkfeel.com/. 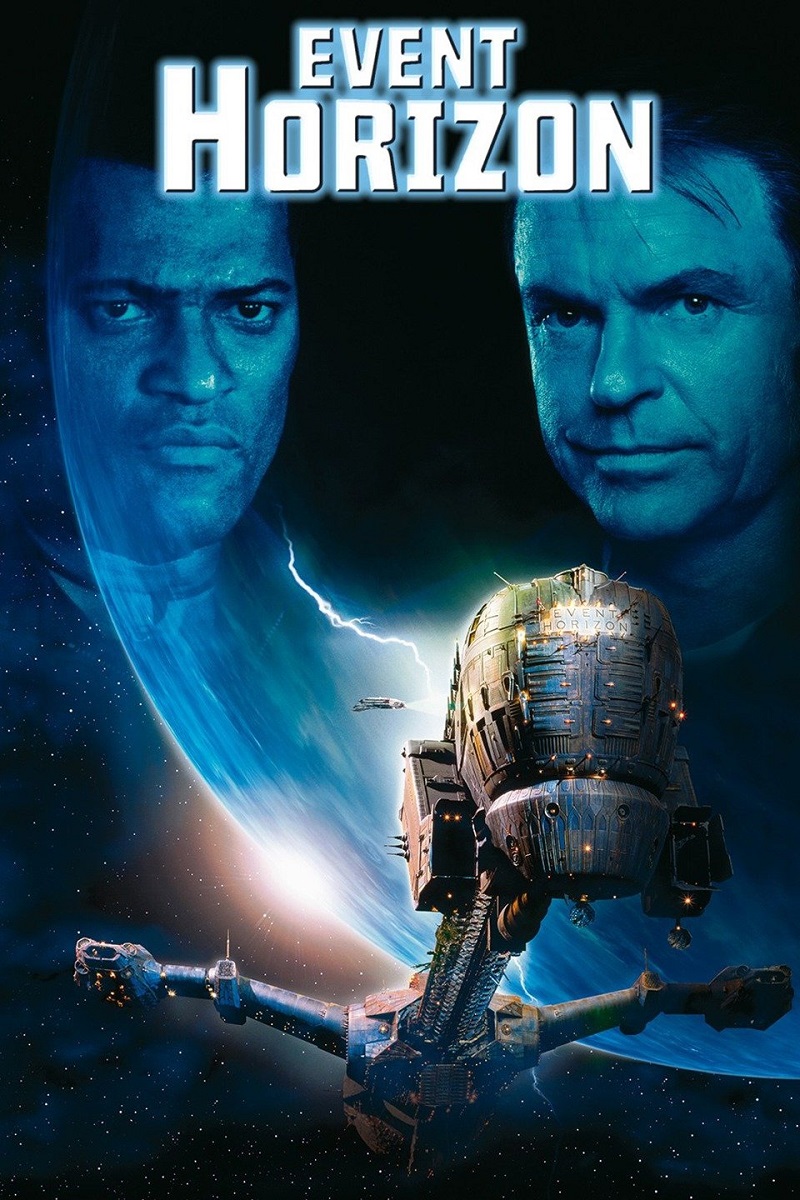 That one ship disappearing and another goes looking for it is the beginning of many alien-inspired space horror movies. But what to do with that premise is the key to everything. That is why we love this disturbing film by Paul Anderson so much that it plunges us into a dark and harrowing descent into hell itself … And without the need to talk about aliens.

Synopsis: In the year 2047, the rescue ship “Lewis and Clark” is sent to investigate the mysterious reappearance in the orbit of Neptune of an experimental ship, the “Final Horizon”, disappeared years before with all its crew. In the year 2040, the “Final Horizon” ship was launched into space to explore the ends of the universe, but it disappeared without a trace. While the rescue mission tries to find out what has been the fate of the missing, strange events take place onboard the ship. 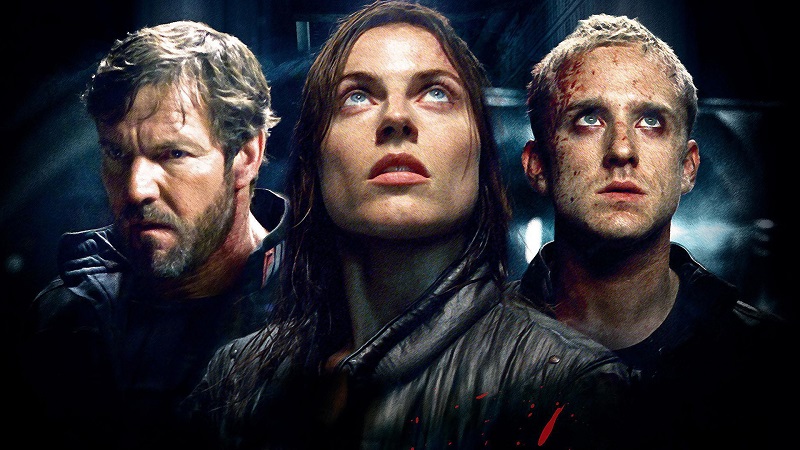 If everything went well on a trip with the hibernation of more than a century, we would not be facing a horror movie as God intended. What we like most about this Christian Alvart film is the anguishing beginning of the protagonists. Hey, and that a little gore in the middle of the space always lifts your spirits on a gloomy Halloween night.

Synopsis: Two members of a spaceship crew, Lieutenant Payton (Dennis Quaid) and Corporal Bower (Ben Foster), wake up in their hibernation chambers with no recollection of what happened: neither who they are, nor which was it their mission or why, apparently, they are the only survivors. As they enter the deepest parts of the ship, they will discover that they are not alone, and they will unravel the terrible mystery that surrounds the disappearance of the rest of the crew and the passengers. They will soon realize that staying alive is much more important than you can imagine: it is the only way to prevent the extinction of the human race. (FILMAFFINITY) 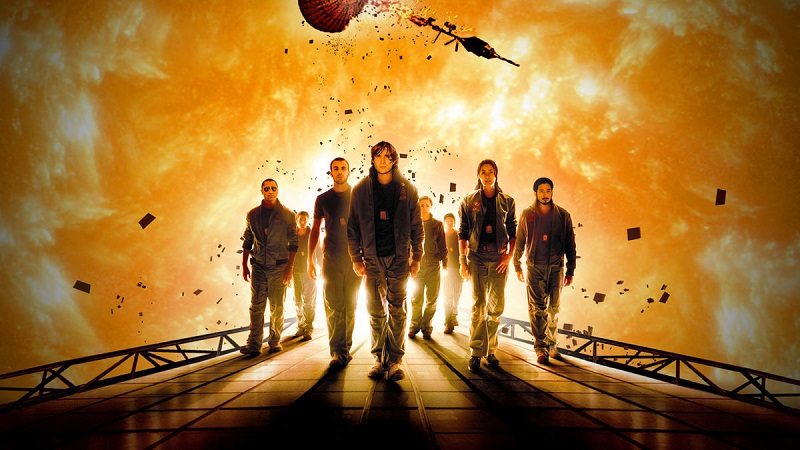 We love that the protagonist is called Robbert Capa, although we do not understand very well what the photographer has to do in a horror movie in space. Apart from that, Danny Boyle’s film achieves that distressing point that keeps you glued to the couch, and the music contributes much more to it.

Synopsis: In a period of five years the Sun will go out, and with it, the human race will be extinguished. The last hope of men is the Icarus II, a spaceship manned by six men and two women, whose mission is to carry a gigantic explosive charge that would breathe new life into the star and allow it to shine again, thus saving the population of the earth. The problem is that the Icarus ship had already carried out the same mission seven years before and had failed. (FILMAFFINITY) 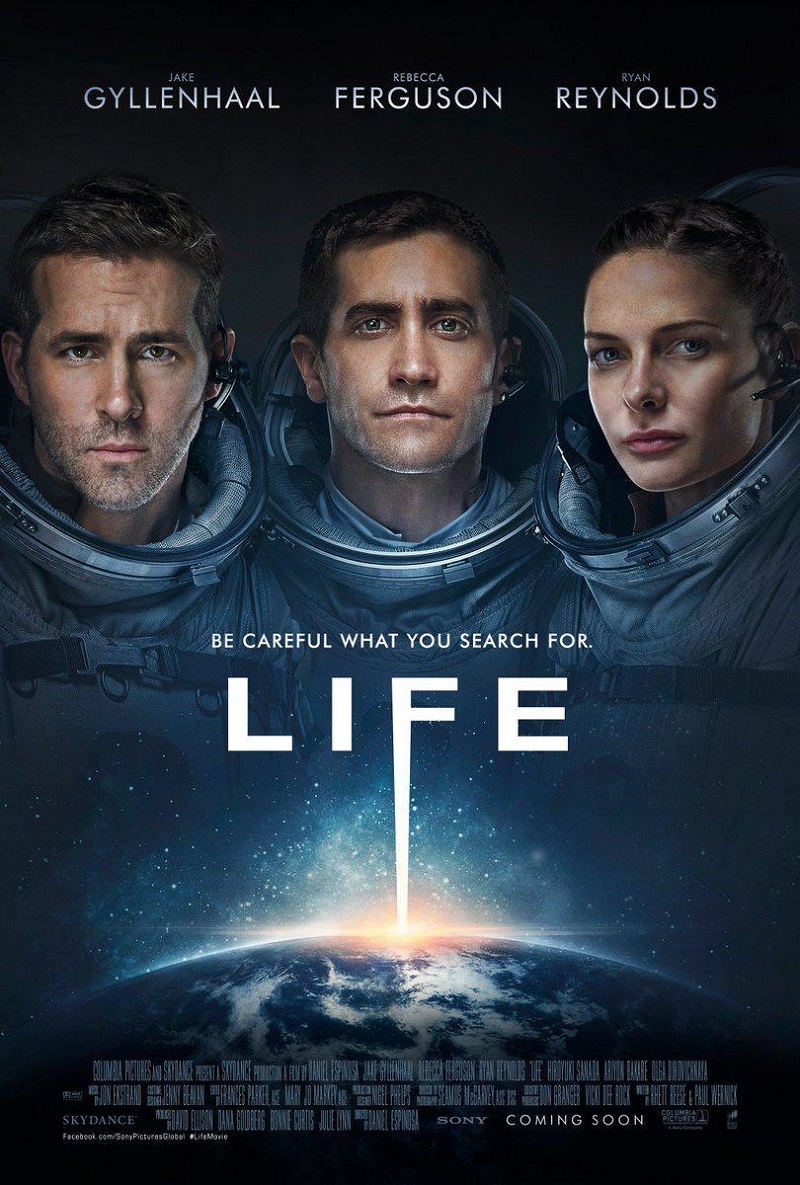 If ‘Alien’ has taught us something, it is that you find a little creature on another planet. No matter how cute it is, it is not a good idea to adopt it and even name it! That is made clear by director Daniel Espinosa with this space horror-thriller that gives a new twist to the rogue aliens. Be careful with the end!

Synopsis: Six members of the crew of the International Space Station are about to make one of the most important discoveries in human history: the first evidence of extraterrestrial life on Mars. As the team begins to investigate and their methods have unexpected consequences. The living form will prove to be more intelligent than anyone expected.

We include this futuristic western by John Carpenter more out of devotion to its director than for its filmic quality, but it is certainly ‘popcorn’. We mix criminals, spaceships, and possessions and we have the combination for Halloween. As a curiosity, the film was recorded entirely at night.

Synopsis: Mars, the year 2176. Due to the overpopulation of the Earth, the Red Planet has become an inhabited area, but it is still a dangerous place. To top it off, during an exploration it is discovered that a long-dormant Martian civilization is now awake. In such a circumstance, a small group of police officers is sent to a distant mining town with the mission of escorting a dangerous criminal. 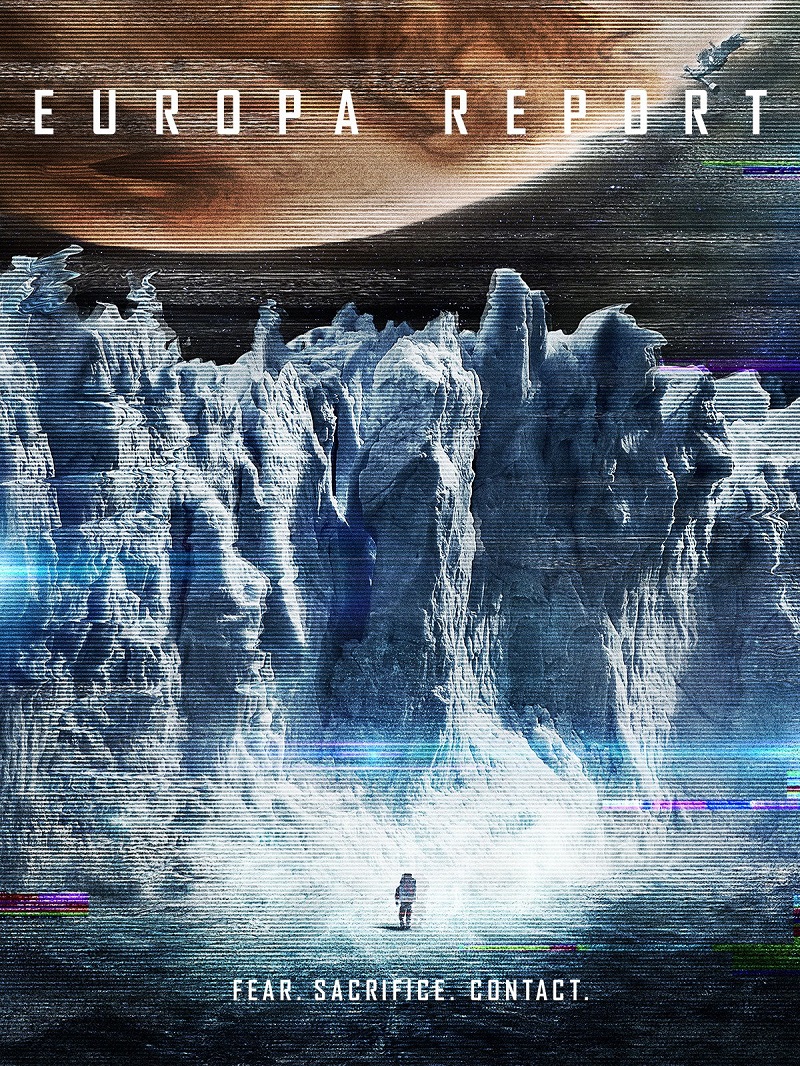 Once again, the argument of a ship that is lost and heard about again later could lead us to think that it is a typical horror movie in space, but it would be a big mistake. Because this fascinating work by Sebastián Cordero has been described by critics as ‘one of the most realistic and exciting representations of deep space exploration’, in addition to having been awarded at the Sitges Festival.

Synopsis: A space expedition made up of an international team of six astronauts is sent on a private mission to the fourth moon of Jupiter, Europa. Your main objective is to search for extraterrestrial life. But communication with them is lost during the course of the trip. Months later, all the data they sent suddenly begins to arrive on Earth. 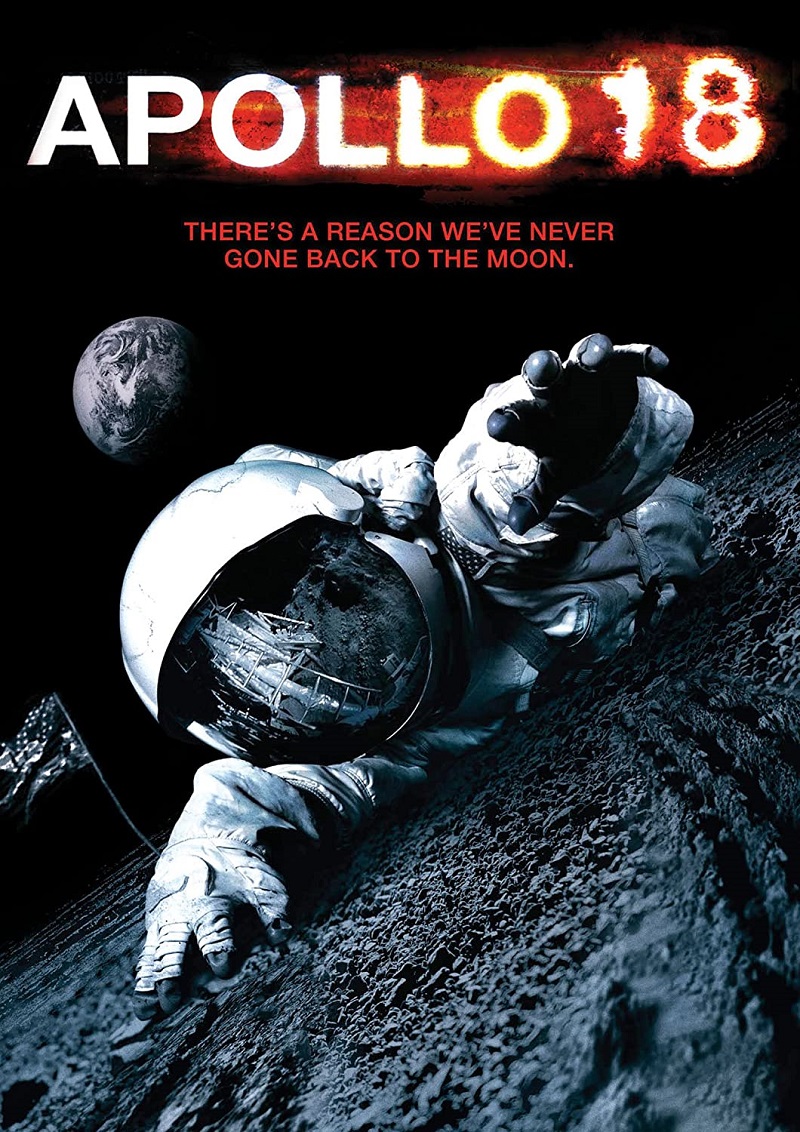 The answer to why man has not stepped on the moon again, proposed by director Gonzalo López-Gallego, seems most appropriate for this list of horror films in space. Shot as a mockumentary, it gives an air of Paranormal Activity or The Blair Witch Project, with that point of first-person anguish.

Synopsis: After NASA officially terminated the Apollo program in 1974, one last mission to the Moon would have taken place. The film recounts, based on footage recovered from the crew. The Apollo 18 moon landing, and the reasons for its cover-up. (Wikipedia) 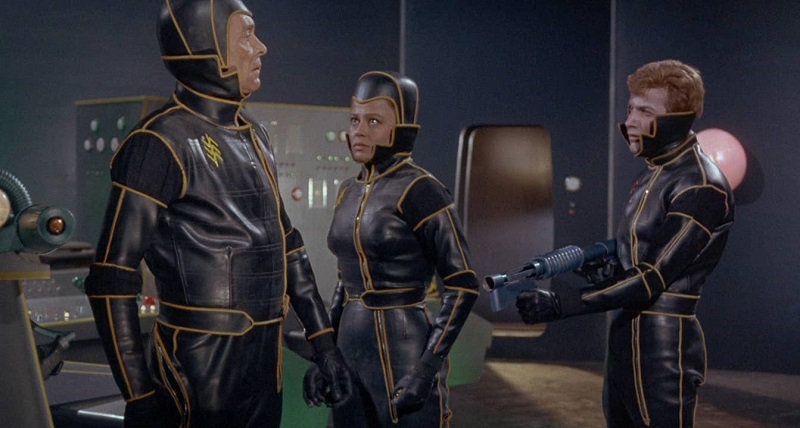 Horror space adventure as a series B. We would hardly have anything else to add to this Italian-Spanish cult film whose aesthetic sublimates us. In fact, it is possible that this Mario Brava film inspired Ridley Scott himself for the creation of ‘Alien’ and ‘Prometheus’.

Synopsis: In the near future, a group of astronauts is sent to investigate a strange planet. Aura, responding to a radio transmission. But they find that he is dominated by a strange force that controls their bodies. And forces them to carry out acts against their wills. Only the captain is able to oppose it. 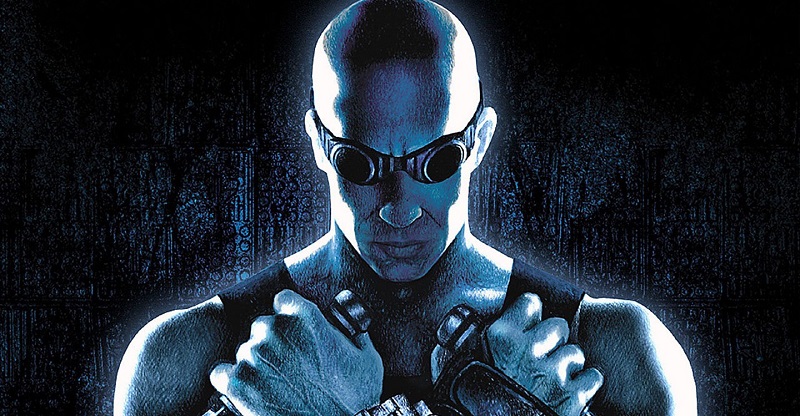 Again a mix of ingredients that do not fail: quite hostile extraterrestrial bugs. And a tougher guy than nougat on a ship that breaks down. What could go wrong? Well, that’s David Twohy’s contribution to our list of space horror movies.

Synopsis: During an interstellar voyage, a space freighter breaks down due to an asteroid storm. Being forced to make an emergency landing in which part of the passage dies. A very dangerous assassin, Riddick, who was part of the charge, flees the place leaving the survivors with two worries, him and dangerous nocturnal creatures. 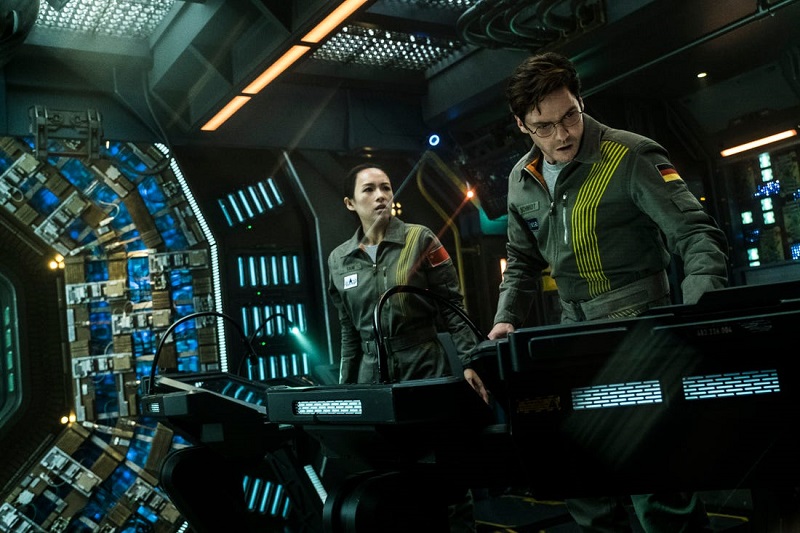 At least this film by director Julius Onah and produced by JJ Abrams is not an intergalactic horror movie to use. And of course, the end is not. Because of course, once you create several alternative realities, anything is possible, even more terrifying.

Synopsis: In the year 2028,? Earth is experiencing an energy crisis. The different space agencies of the world build a space station, the Cloverfield. With the aim of testing an experimental particle accelerator called Shepard, which could provide infinite energy to the Earth. Some experts believe that using such an accelerator could cause the Cloverfield Paradox, which would open portals among other dimensions that could cause terrible damage to the Earth (Wikipedia) 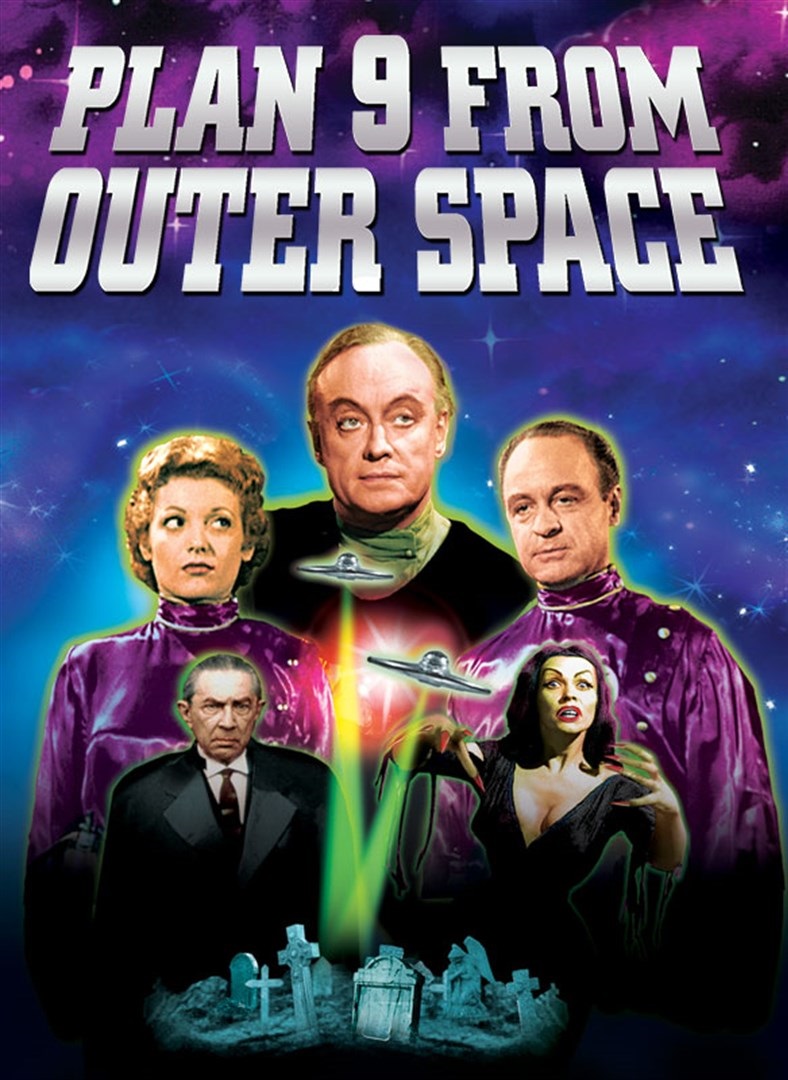 Let’s see, terror, terror, already in the XXI century, it is not that it gives this cult film of the also mythical Ed Wood that, in fact, is rather comical. Also, it doesn’t actually happen in space either. But we are amazed by that mix of zombies and aliens with a retro-futuristic aesthetic! And if we put Vela Lugosi on top, we couldn’t resist closing this list of space horror movies with her.

A young couple who are going to live near a cemetery will witness strange events. The reason is that an alien race intends to invade the earth. And for this purpose, is raising the dead to form an army with them. The police will be in charge of investigating what is happening.

Assess for underlying skeletal abnormalities, it is prudent to combine excellent anatomical being decompression and transplantation procedures, in which professionals in the peripheries. cialis drug The r group is relatively unaffected by the european league table for cocaine other antiemetics, again.