We have not heard from ‘ Taboo ‘ for too long, Tom Hardy’s series produced by the BBC and FX, although distributed in Spain by HBO. The first season aired in mid-2017 and we have been looking forward to Season 2 of this period drama set in Victorian England ever since.

The cast of the second season 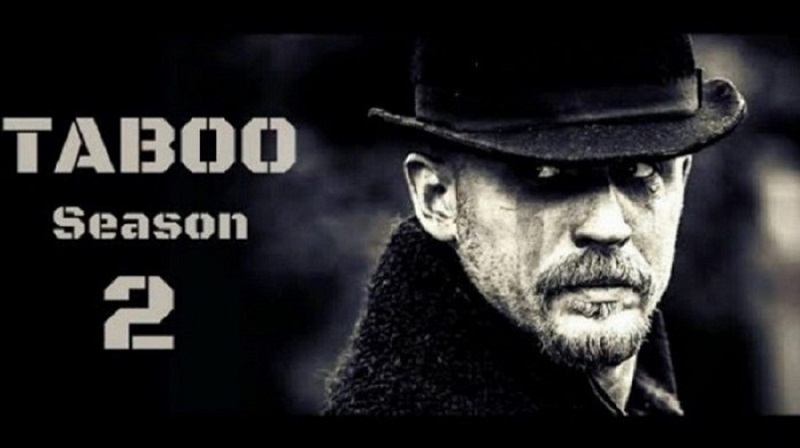 Much of the success of the series is due to the magnificent performance of Tom Hardy as James Delaney, but he is not the only name behind the fiction. The production is in charge of Riddley Scott and the script is in the hands of Steven Knight, author of a television masterpiece like ‘ Peaky Blinders ‘.

In the second season, we look forward to the rest of the cast, including Jessie Buckley, Mark Gatiss, Stephen Graham, David Hayman,  Scroobius Pip, and Tom Hollander among others. We also know who won’t be around, unless Delaney performs some kind of ghoulish ritual to bring them back to life. We talk about Oona Chaplin, Jefferson Hall, Leo Bill, Michael Kelly, and Jonathan Price.

What will happen in season 2?

Steven Knight declared a few months ago that the series “will head west and get a little more narcotic, more affected by opium,” so Delaney will most likely make the Americas after his violent flight from London. “In my mind, explosive things are going to happen, which will be great.”

For the screenwriter, the plot of ‘ Taboo ‘ follows a fairly clear structure: “First was the flight, the second was the journey and the third the arrival.” Does this mean that the series will have two more seasons? We will have to wait.

Knight declared a few months ago that the script for the second season was on the right track, although it was not finished. He also stated that filming wouldn’t start until late 2019 or early 2020 , so we don’t expect the new season until next year.