Whatever it is to you – a couch, a settee or a sofa – it will undoubtedly be one of your most-loved pieces of furniture. Where did the story begin for the sofa though? Do you know the history of this piece of furniture that we rely on every day? The story of the sofa is longer than you might think.

During the mid-20th century, a journalist suggested that those who call it a sofa were upper class and the terms settee and couch were used by those form the lower classes. There is no real evidence that this remains the case and it doesn’t really matter what you call this wonderful piece of furniture that sees so much of family life that it is practically a member of the family.

The words we use to describe this form of seating come from different languages and have slightly differing meanings. The word sofa derives from the Arabic word ‘soffah’ meaning a raised section of floor with cushions and rugs. The word couch has its origins in the French language with ‘coucher’ meaning to lie down. Settee comes from the verb ‘to settle’ and implies that one should settle down and get comfortable.

Nobody really knows for certain when sofas were first made, who might have invented the idea or where the first sofas were used. What we do know is that this style of seating has been around for many thousands of years. In the distant past, they were synonymous with wealth and stature, as the rich were the only ones who could ever afford to relax in such luxury.

Sometime during the industrial revolution of the 1800s, manufacturing such seating became easier and more accessible. Sofas became cheaper to produce and as such, started to appear in the homes of the middle classes. What we recognise today as the living room settee was being to take shape during the industrial revolution. This gave birth to a whole new industry and manufacturers were keen to develop new ways of improving comfort. For example, springs were added to sofas in 1850, making them instantly more comfortable. 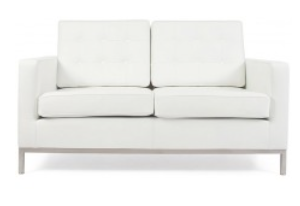 It would still take almost another century for the sofa to become a necessity in most homes. The 20th century saw the true rise of the sofa for the common man, when almost every household would recline of an evening and initially listen to the wireless, then later watch the television. The mid-20th century saw huge leaps forward in innovation in design and production, giving us many iconic pieces of furniture such as the Florence Knoll Sofa for example. Get your replica Florence Knoll Sofa from Pash Classics.

The huge variety of sofas today is amazing when you consider that they used to be the preserve of the rich and famous. They come in all shapes, sizes, materials and colours. Then there are all the variations on the traditional sofa, such as the futon, the sofa bed, the chaise lounges and the day bed.

The elements needed for a fire to exist

The 10 films that Disney wants to destroy again in 2019