Something is changing in Harley-Davidson! The Milwaukee firm founded in 1903 is struggling to make its way between fierce competition to carve out a new, renewed and future-proofing public. 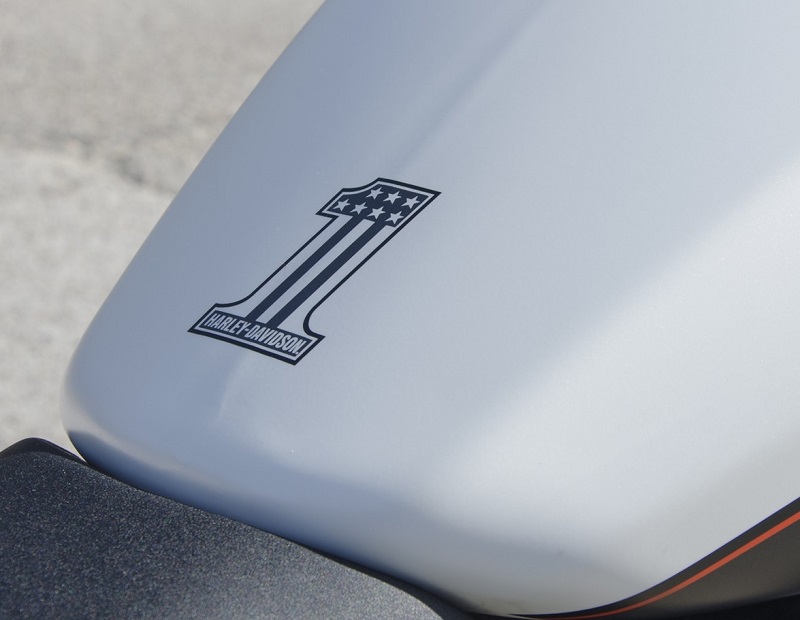 Harley-Davidson has proposed to give a rudder to its course and this 2019 is one of the key years in its history. When they turn 116 years since their founding in 1903 in Milwaukee are revolutionized, they know they must renew their approach to face a future that remains as promising as its past.

The American firm is going to put on the scene the first full-size electric motorcycle of a brand of motorcycles of all life, and will be accompanied a little later by two more mainstream models in search of setting out among the new generations, those that do not they are acting as relay for the harlistas who until now had supported their business model. 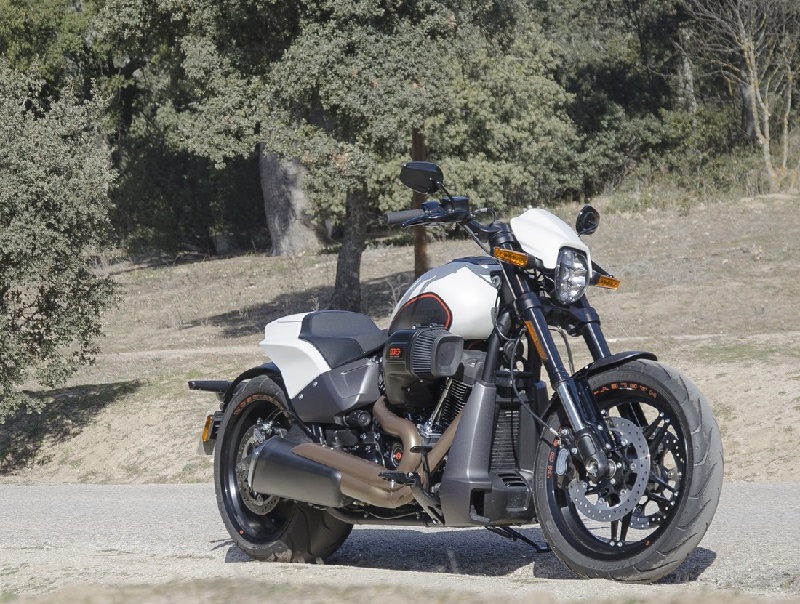 Within this change of approach are also other more traditional conceptions, with a combustion engine, but outside the usual radius of action for Harley-Davidson. We already saw that they have prepared a trail bike, a streetfighter and a new custom, all on a new modular platform, and this FXDR 114 is the outpost.

With a more sporting philosophy than ever in the brand but with the same spirit as always, the Harley-Davidson FXDR 114 is the most radical thing that right now has in the portfolio the house of the bars and the stars. A motorcycle that is difficult to leave you indifferent when you see it, hear it or feel it.

Huge. That is perhaps the most appropriate word to define the majestic FXDR 114 that stretches on the asphalt like the lion that lies imposing on the savanna. His measurements are exaggerated with a total length of almost 2.5 meters and a minimum height.

The front with a compact LED headlight contrasts with the long front inverted fork and the 19-inch rim that continues the lines of an elongated tank. But it is in the back is the greatest dose of character with a set of single-seat sports seat and colin that leaves the air a brutal rear wheel 240 mm wide covered only by a license plate anchored to the swing arm. 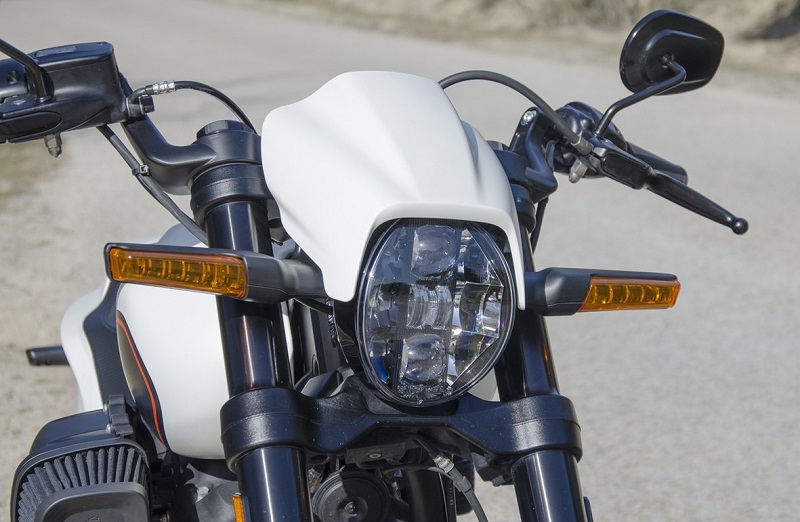 The lines are clean and clear, without recharges, where only two elements stand out. On the one hand we have a majestic engine of two large cylinders in a vee, and on the right side two huge collectors’ end in a straight draft exhaust and polygonal shapes. In the face to face is a motorcycle that instills a lot of respect, full of personality.

And is that this FXDR 114 is, by far, the bike that most looks stolen during the tests we have this year. Well, this year and many others because we do not remember a motorcycle for which we stopped so much, made so many gestures of approval, raised so many thumbs or asked at street level. So much so that even a van was about to have an accident by staying looking at the highway two lanes to our left.

As we sit at the wheel of the current Harley-Davidson with the sportiest spirit, we quickly realize that it is not a motorcycle anymore. The seat is low, long and very wide, very livable for rear XXL and with a step on the back conveniently designed to make a stop in a frame with aspirations dragster. 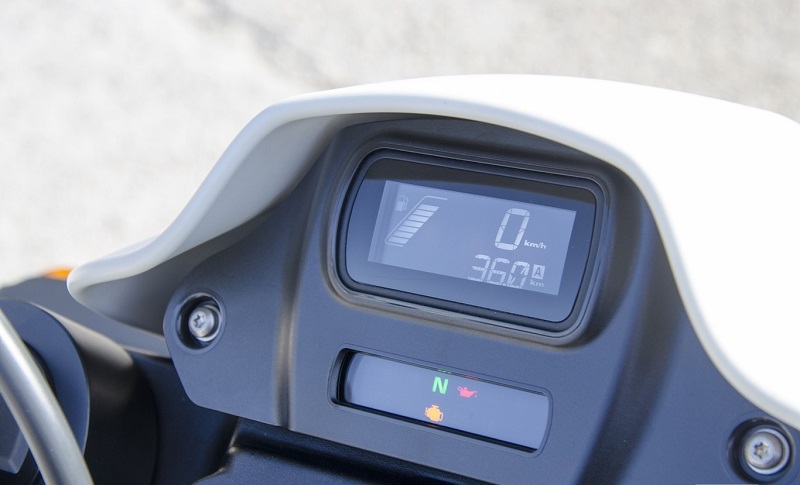 These same aspirations are seen in the rest of the ergonomics where the stirrups are located very advanced and higher than usual in the American firm and a flat and low handlebar that forces us to stretch forward tilting the back also for those who do not arrive at ‘meter seventy’.

Moving a 2.425-mm-long, 289-kg bike in a standstill is not an easy task, but at least the 720-mm seat helps us perform ground-floor operations in a fairly dignified manner.

We make the contact using the keyless system, without a key, and turn on under the mask of the lighthouse a very modest and modest digital control panel where we will have the speed, fuel level and a partial / total. Below you are escorted only by traditional sneaks and stop counting.

The important thing about this bike is when the engine comes to life. At the stroke of a button on the right pineapple and after a couple of ‘king size’ shakes the American beast wakes up in a resounding roar that monopolizes the attention of the listeners and generates a deep feeling of satisfaction for those at their command. 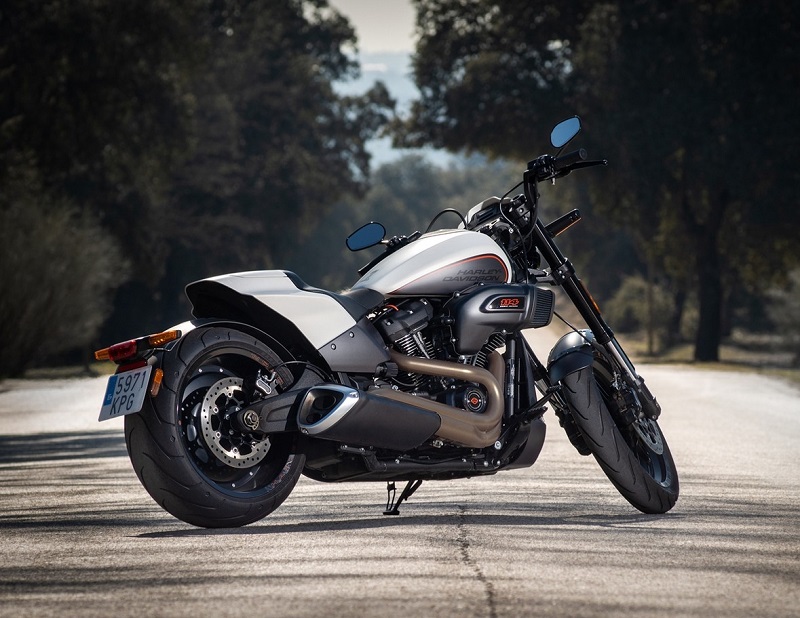 With 1,868 cubic centimeters, this twin cylinder at 60º Milwaukee-Eight is a threatening beast on a motorcycle. His pistons are huge and small insinuations on the right fist become void in grunts capable of shrinking the soul if you listen to them in the middle of the night and in the dark in the depths of a forest.

We clutch with a handle somewhat hard, we put first with the sonorous ‘clonk’ brand of the house and we began to move without even having to use the accelerator because this engine is absolutely all even.

The Roar of America

The first meters we do with serenity, trying to understand the reactions of such a particular mount in which we must know how to anticipate in the most closed turns. It can meander between cars in heavy traffic, although bearing in mind that in this environment the FXDR 114 is neither agile, nor light, nor small.

We spend as little time as possible in the city to look for more favorable environments and soon we see a bit of open ground we cannot do anything other than check the sensations that Harley-Davidson promises, so we drop the speed and, in any gear, we screw the right fist to receive a more than powerful kick in the lumbar catapult us forward. 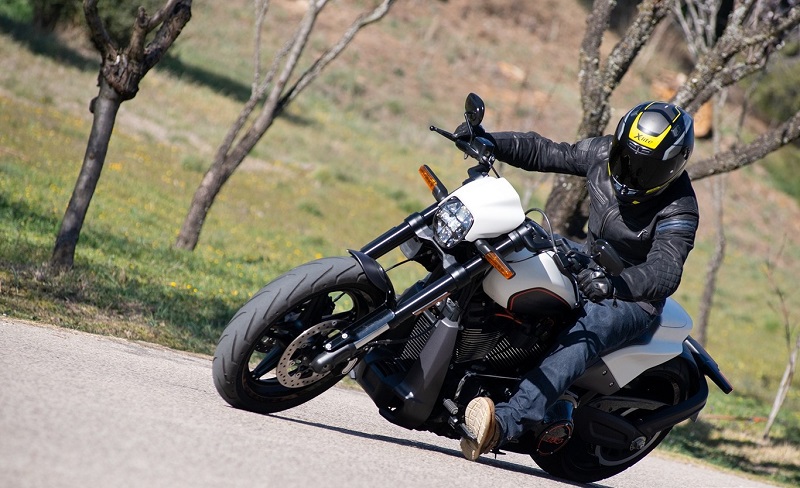 The thrust of the Harley-Davidson FXDR 114 is totally huge in any gear you wear geared. With 161 Nm of torque this bike shortens the distances in a curious way. While we are used to the bikes that run in the high zone, the FXDR 114 converts small increments of revolutions to very low turns in large increments of speed. Overflow strength.

It is true that it is not a propeller that likes to rotate high revolutions, so it is not necessary to look for the red line because before reaching the cut (which comes soon) and starts to lose a little. The best of the huge pistons of 102 mm in diameter and a total of 1,868 cc is in the middle zone where it is simply demolishing.

With some forceful accelerations, although limited by the narrow tachometer, it is time to test how sporty the FXDR 114 feels in sections of curves, so we go to a more appropriate environment until we find our favorite mountain road.

There, the Harley-Davidson FXDR 114 does show up as the most sporting Harley-Davidson, it moves better than we expected and is a step ahead of the rest of the family, although it does not become what we would define as a motorcycle agile in relation to the competition.

His footprint is firm and strong, is a bike that is mounted on rails by geometry, weight and, above all, by the huge rear tire of 240 mm. It feels like a train although it allows a certain degree of improvisation. Of course, the bumps are more noticeable with the rear donut. You take more bumps than usual. 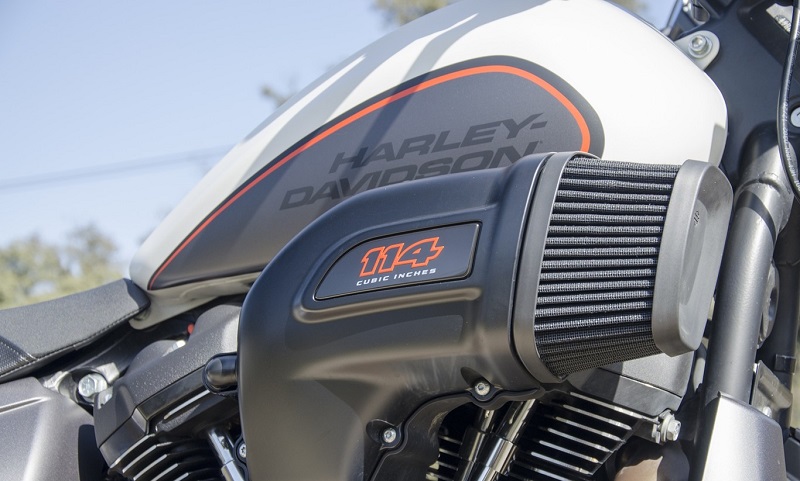 At the level of suspensions the rear shock practically hidden does its job in a somewhat dry while the front fork with a fairly consistent tare contains the precision of the controls. We only miss a firmer first journey, because by insinuating the brakes it tends to sink something more than we would like.

In the section of brakes the double front disc with axial clamps of four pistons does its work, although to get to brake the set will have to be applied with vehemence and also help the rear brake.

Own style with 100% character

Some will criticize this bike for not having the genuine spirit of Harley-Davidson, which would be a mistake, while others would hit a motor that, yes, vibrates. How will an engine with these characteristics not vibrate? Both would be wrong because beyond the subjective tastes, this Harley-Davidson FXDR 114 brims with personality in each of its angles.

In the same sense it is to be expected that with a motor of this size the consumptions will never be reduced. It is not a Harley of the before, but the FXDR 114 is quite thirsty and the deposit of 16.7 liters capacity begins to ask for a relay around 200 km, showing average consumption well above 7 liters per 100 km. 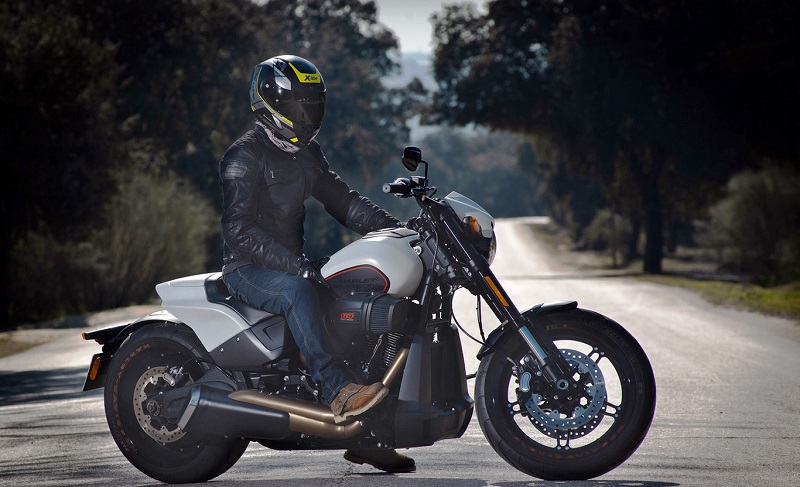 Where you have to stop and think for a moment is the price and that the price of the Harley-Davidson FXDR 114 is 26,700 euros in black and 26,950 euros in the slightly pearly white finish you see in the photos.

In fact it is a considerable price but who is interested in this bike, for this in particular, is very clear that it is a product that exudes character in all its senses. Price, benefits, exclusivity, design and sensations (for good and for bad) are justified because there is no similar product in the market without resorting to minority brands.

To establish some parallelism we could compare the FXDR 114 with the Ducati XDiavel. A comparison caught with tweezers because they are radically different concepts but that helps us to orientate ourselves in the sense of the power cruiser, the Italian remains at about 20,790 euros for the XDiavel S.

By the way, as standard the Harley-Davidson FXDR 114 is configured as a single-seater motorcycle, without rear seat or footrests, so to carry passengers must resort to optional equipment. If someone dares to ride as a copilot in a dragster …

The wonder of watching the Bristol Balloon Fiesta 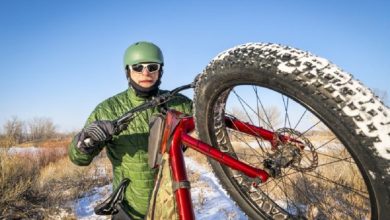 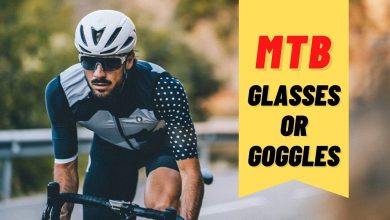 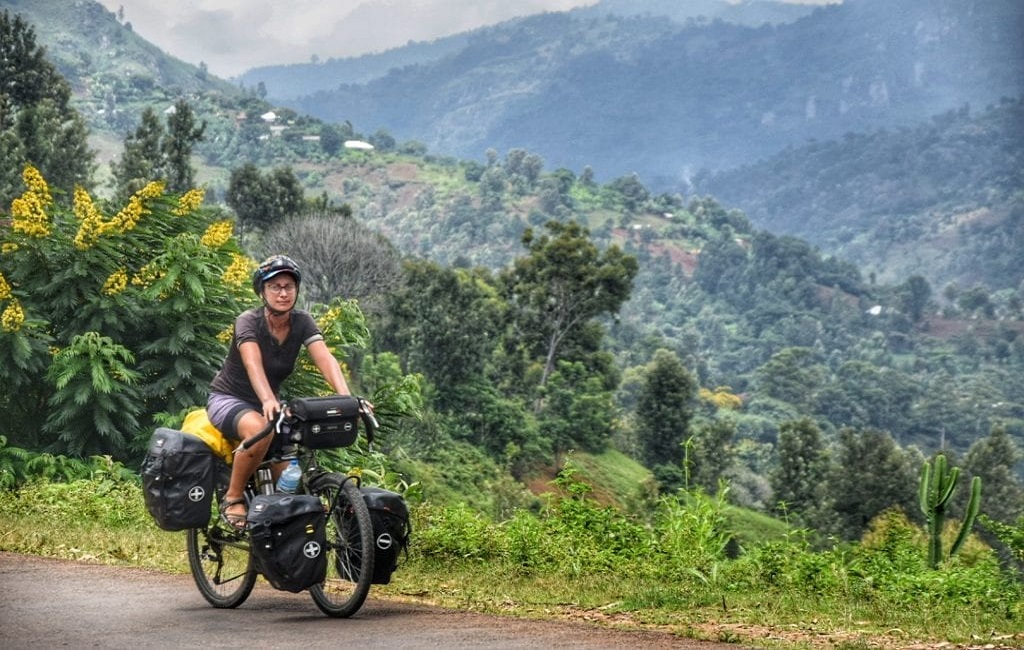 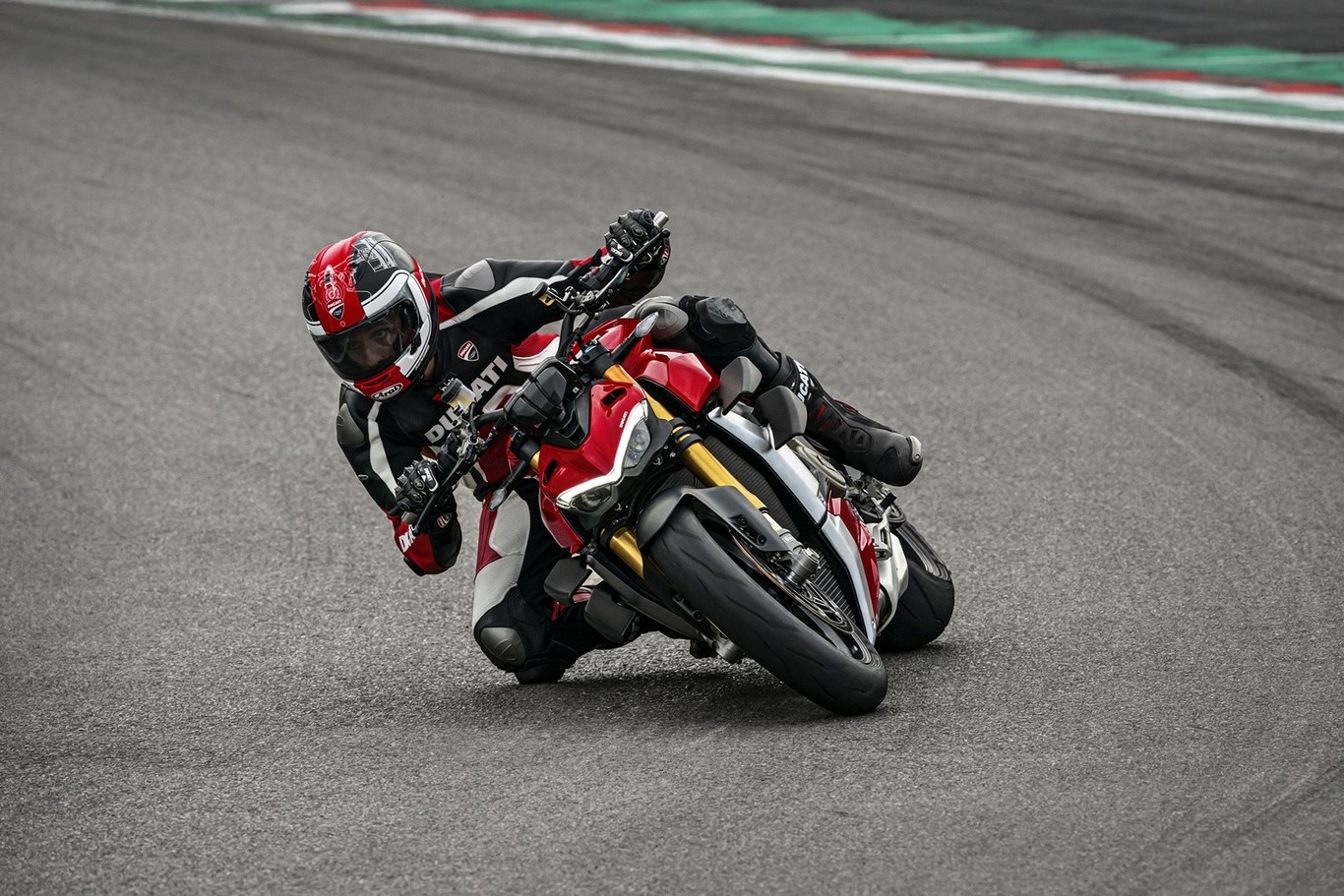