As the winter nights draw in and the temperature starts to drop the thoughts of the family begin to turn around to the most wonderful time of the year, Christmas. Whilst this is not always a time to celebrate, remember the relations and in laws might be coming around or you’ll be having to head over to theirs for, yet another round of rock-hard mince pies and wine mulled in something that may or not be cinnamon. One thing that you can rely on at least is the fact that the Christmas television will be good as the BBC and ITV pull out all the stops in ratings war not realising that everyone under the age of 35 watches Netflix and Youtube now. Even so a decent digital signal s needed so a TV Aerial Installation Swansea based company like www.onevisionltd.co.uk/tv-aerial-installation-swansea/  will still be needed so that you can get the two festive shows were going to look at now. 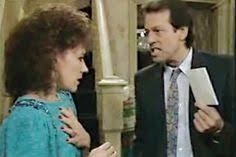 EastEnders Den and Angie the most public separation ever. The BBC were very happy with EastEnders. It had only taken them 25 years or to come up with a soap opera that could take on the juggernaut that was Coronation Street and the first Christmas for the show was shaping up nicely. The BBC had thrown the format book out, one episode only featured two characters Dot and Ethel away from the usual multi character led stories, and the two part episode for Christmas saw the episode start straight in simulated real time after the Queens speech. It was as if we’d just wandered into their living rooms like a welcome guest. In the evening Den hands Angie something “this, my sweet, is a petition for a divorce.” Ever word drips bile and nastiness. “Merry Christmas Ange…” he finishes with and smile that is pure malice and mischief. 30 million watched it. 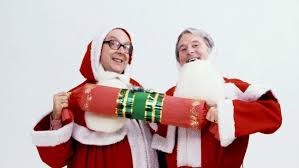 Morecambe and Wise Christmas shows. When they were on the BBC this was the pinnacle. The 1970’s were traumatic times. The conflict in Northern Ireland was fierce and seemed unresolvable. African states seemed to be constantly engulfed in civil war causing famine and the was an ongoing business and union strife plus the Cold War ticked along. The only respite seemed to be Eric and Ern and their 45-minute show. It seemed to say that for a little while everything was ok with the world.

Both of these examples are only back 40 and 30 years ago. It shows how much our entertainment and viewing habits have changed that the great Christmas television event is no longer of importance anymore.

The Skills That Every Good Cook Needs