Sometimes it can happen that a power surge or a sudden computer shutdown will damage the partitions of one of the hard drives. In this case it is no longer possible to read the contents but there is no need to despair because the data is not always lost. Today let’s see how to recover a deleted partition!

Sooner or later it happens to everyone! For example, it happened to me at least a couple of times to find myself with a hard disk that at any moment seems to no longer contain anything. When this happens you are assailed by the worry of having lost all our work, by the regret of not having made the backup copies and you regret endlessly for not having activated a cloud service like Dropbox …

Fortunately, however, when a hard disk loses partitions, it is not certain that the data has been erased. The partitions are in fact only a delimitation of the space inside a storage device (hard disk, ssd, usb keys).

Losing partitions … or rather losing the partition table, does not always mean losing the data contained in them. Sometimes a program that reconstructs the partition structure is sufficient to magically review all the data perfectly in their place.

How to recover a deleted partition

A couple of things are important to know before proceeding …

That said let’s see what are the programs that allow you to recover a partition deleted from a hard disk or USB stick.

Programs to recover a deleted partition

TestDisk – the smallest and most powerful

The first program that I point to is TestDisk. It is my favorite because it is an open source software available for Dos, Windows, Linux and Mac OSX. It has a very simple text interface and is really small. It is able to perform an in-depth analysis of the entire disk delimiting those that were originally partitions now no longer visible.

If you don’t know how to recover a deleted partition with TestDisk due to its somewhat spartan interface, you can try using MiniTool Power Data Recovery. It is also available as a free bootable live disk. Once the computer has started with this recovery tool, it is sufficient to run a thorough scan by pressing the Lost Partition Recovery button and wait for the disk to be scanned.

Once the scan is complete, it will be possible with a click to confirm to restore a deleted partition recovering all the data inside it.

The last tool that I point out to you is Paragon Rescue Kit which is actually not a single program but a bootable system that contains a series of tools for recovering damaged units and restoring lost data. It offers repair tools for damaged boot sectors, tools to recover deleted partitions.

It also has a tool to recover single files deleted from a hard disk and copy them over the network on a working PC. Really a complete and free tool.

Well, now that you know how to recover a deleted partition with these three free tools, it is right to make it clear that these are not the only tools available. There are certainly others both free and paid, but the ones I proposed to you today are the ones I used when I had the problem of restoring deleted partitions from a disk. I used them all with excellent results, but if you know others that are equally simple and effective, I invite you to report them to me using the comments below.

What to Do When Your Disability Claim Has Been Denied

Properties and benefits of wheat 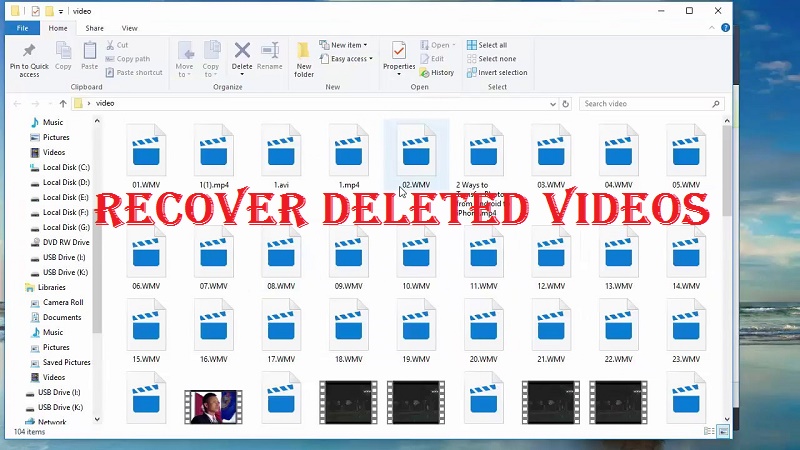 How to recover deleted videos from pc?