Science Festivals and exhibitions have become incredible popular events to hold throughout the UK. They are meticulously planned events with Event Medical Cover and risk assessments all being completed and in place both for the spectators and visitors as well as for the professionals that are taking part. Event medical cover is important to ensure that everyone is kept safe during their time at any kind of event and you can get event medical cover from Outdoor Medical Solutions.

The Edinburgh International Science Festival is one of the oldest festivals dedicated to Science in the UK. It was established in 1989 and will be celebrating its 30th anniversary this year. One of the reasons Science events are becoming increasingly popular is due to the focus on developing an interest in children and girls in particular in STEM subjects. There is a big push to increase the numbers of young adults choosing to study these subjects at university as it has become apparent that their will be a shortage of professionals in these areas in the near future. STEM subjects include science, technology, engineering and mathematics. The festival takes place between the 6th and 21st April this year.

The theme for this year is ‘Frontiers’ and there will be a whole host of events being held over the two week period. These usually include science based comedy sketches, live experiments, demonstrations and talks and workshops all based around the theme that is chosen. It is thought that the event is still the largest of its kind across the globe. As well as the annual festival the organisation arranges education events in Scotland and also internationally. The headline sponsor for 2019 is EDF Energy with other companies and organisations such as Scottish Government, Food Standards Scotland and the Royal Society of Chemistry all playing major roles in the science festival. 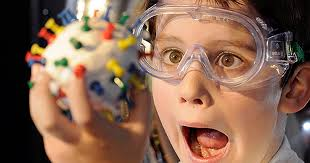 It is the cutting edge of technology that is being studied and demonstrated during this years exhibition. As well as celebrating achievements and advancements in technology and science the festival also celebrates the achievements of individuals in the field of Science. Events and demonstrations take place for all ages and families across the two week period. You can download a brochure of the events and the timings on the website for the festival.

The brains behind the Edinburgh Science Festival is an educational charity that has as one of its main aims to inspire people of all ages to discover the world that surrounds them. Each year the festivals builds on the successes of the previous years and becomes more and more popular on an international scale. Take a look at some of the events on offer and if you are in the area pop along with your children or grandchildren and enjoy the delights of science.

WHAT IS NUTRITIONAL YEAST AND WHAT ARE ITS BENEFITS?

Ways to cover your boiler