If you’re like me then you might have a bit of problem when it comes to buying presents for people. It’s a horrible task to some as you um and ah in the shop over what to get people. Most embarrassingly if you turn up with a rubbish gift it makes it look like you don’t care about them and they will think that you don’t understand them. So, no pressure then to make sure you pic out that totally perfect gift that will make them squeal with delight and give you a massive hug and a thank you. Or not some people are just born to be underwhelmed with what you give them or, so it seems. It does work both ways. I’d rather like a nice pair of Farah Shirts, but I feel that I’m probably going to get socks and a book about the War again. All they need to do is look on www.ejmenswear.com/men/farah/ they’ll see loads of options that I might like.

Still I think that I might have found the answer to our prayers. It’s come in the shape of a personal shopper. Now not only do you have some else to blame when it all crashed and burns and they say they really don’t like it or you just get a silent response or even worse “meh” you can swear blind that the personal shopper swore it was the in thing and that everybody was going to have one at Christmas, for their birthday or whatever the occasion might be.

Its quite a nice little day out. You get a drink and pleasant room to sit in and the Personal Shopper introduces themselves to you and you begin. In some ways it’s a bit like trying to build up a psychological profile of the person so that the personal shopper can get an idea as to what they are dealing with. When they have enough to go on they will then take you out on to the shop floor and your quest begins. Well, I say quest its more the personal shopper’s quest really as they have elected themselves as the fall guys in this little adventure. Using the profile, they have gained from you they can then start to compile a load of options that the prospective person receiving the gift might like. 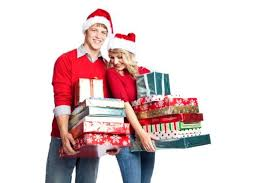 There is one little thing that I think I mentioned there they are getting a list and building a profile from you. If you don’t give them much to work on, then they won’t come up with the goods. Might be better to buy a session with the personal shopper for the person that’s getting the gift. Might be quicker and easier.

Interesting facts about the metal Bronze

For the love of the Sun.